All the latest news about Keith Hall recordings, tours, reviews and more.

Registration is open for the 2013 Keith Hall Summer Drum Intensive and a picture of us was included in Downbeat Magazine’s 2013 International Jazz Camp Guide.  Look at all those drummers!! 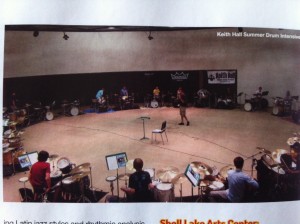 Keith recently presented at the Michigan Music Conference and shared his “Imitate, Orchestrate, Create” concept.  This material will be included in his upcoming book “Jazz Drums Now!  Vol. 2.  Everyone in the audience was playing on their lap and air drumming.  It’s still true…Everyone wants to be a drummer! 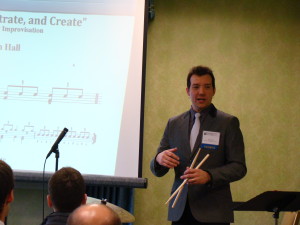 Keith and a group of students from WMU presented ‘Jazz Is Our Music’ to Woods Edge and Valley Center Schools sponsored by Education for the Arts. 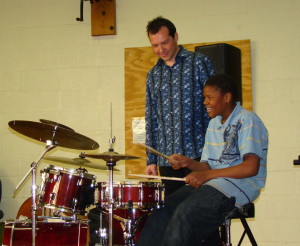 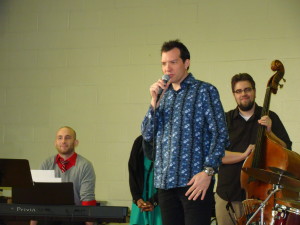 Keith had the privilege of sharing the stage with some amazing speakers at Catalyst2013 where he spoke on ‘Improvising Creativity’.  800 people at a sold-out event with speakers like Corey Booker, John Acuff, Nancy Duarte and others.

Registration is open for the 2013 Keith Hall Summer Drum Intensive!

Donate to young boys in need

Jazz Drums Now! Vol. 2 due out in the Spring

Stay tuned for the follow up to Jazz Drums Now! Vol. 1…

I just finished a couple successful tours in Europe with Curtis Stigers.  We traveled to Switzerland, The Netherlands, Germany, Luxembourg, Paris, and Denmark.  We have been touring to support his new CD, “Let’s Go Out Tonight.”  We met some wonderful people, ate and drank some tasty treats and had lots of fun making music!

The KHDCX was a great success for everyone on November 10.

The Drum Choir Xperience is a unique one-day experience with a focus on playing in a drum set ensemble.

“We were glad to have our son challenged at such a high level, and then inspired to play better!”
– Mark & Elisabeth, parents

“This camp stretched my capabilities further than I thought I could go in one day!!  Awesome experience!!”
– Matt D, student

The 6th Annual 2012 Keith Hall Summer Drum Intensive was an amazing success including 42 drummers.  Stay tuned for next year’s dates. 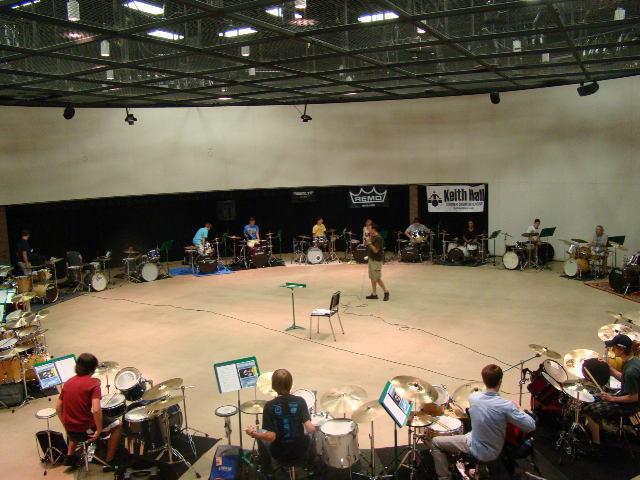 Take What You Want but Don''t Touch My Herring Shoes